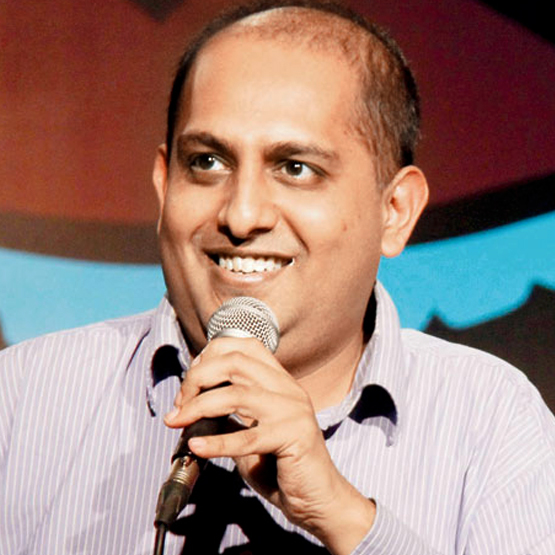 Anuvab Pal is an internationally renowned playwright, author, screenwriter, stand-up comic and columnist. His stand-up comedy special The Nation Wants To Know, has had over 500 sold out shows, while Empire, has played in 35 cities world-wide. He has written the screenplay for Bollywood films Loins Of Punjab Presents and The President is Coming and is the author of four hit plays – The President is Coming, 1 888 Dial India, The Bureaucrat and Chaos Theory, three of which were bestsellers. He also wrote a non-fiction book on Bollywood movie The Disco Dancer. He writes for The Economic Times and Times of India.

January 24, 2020 ● 2:10 pm
From Droll to Lol - From Droll to Lol: Anuvab Pal, Joy Bhattacharjya and Atri Bhattacharya on how humour has morphed in writings from Blandings to blogs. In conversation with Ramona Sen