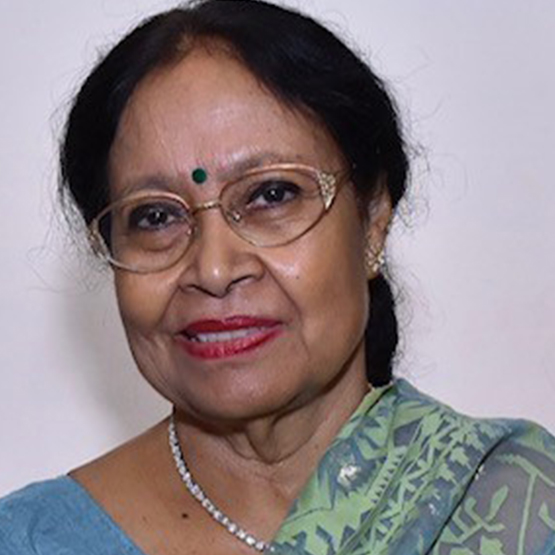 Aruna Chakravarti is a well-known academic, creative writer and translator with 14 published books on record. They comprise three novels , one book of short stories, two academic works and eight translations. Chakravarti has been Principal of a prestigious Women’s College of Delhi University for ten years. Her first novel The Inheritors was shortlisted for the Commonwealth Writers’ Prize and her third, Jorasanko, received critical acclaim and also became a best seller. Her seven translated works include an anthology of songs from Rabindranath Tagore’s Gitabitaan, Saratchandra Chattopadhyay’s Srikanta and Sunil Gangopadhyay’sThose days, First Light and Primal Woman: Stories. Her novel, Daughters of Jorasanko, is a sequel to Jorasanko. She is also a script writer and producer of six multi- media presentations based on her novels. Comprising dramatized readings interspersed with songs and accompanied by a visual presentation by professional artists and singers, these programmes have been widely acclaimed and performed in many parts of India and abroad. Her latest work, a novel titled Suralakshmi Villa, scheduled for publication by this year, will be her fifteenth book. Among the various awards she has received are the Vaitalik Award, the Sarat Puraskar and the Sahitya Akademi Award.