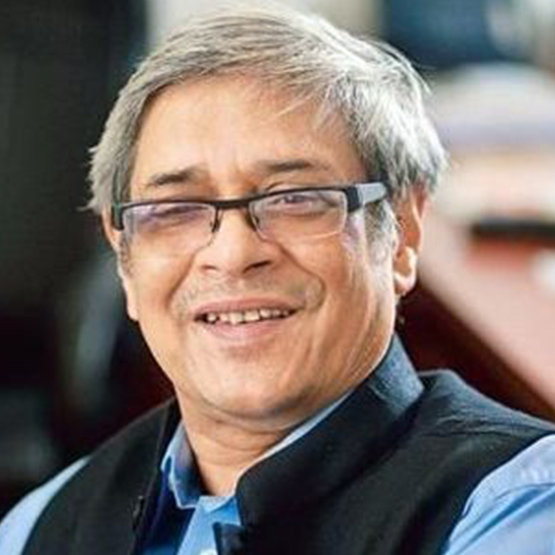 Bibek Debroy is an Indian economist and author. Debroy has made significant contributions to game theory, economic theory, income and social inequalities, poverty, law reforms, railway reforms and Indology, among others. He is currently serving as the Chairman of the Economic Advisory Council to the Prime Minister (EAC-PM). From its inception in January 2015, till June 2019, Mr. Debroy was a member of the NITI Aayog, the think tank of Indian Government. He was awarded the Padma Shri in 2015. In 2016, he was awarded the Lifetime Achievement Award by US-India Business Summit. Debroy has authored over 100 books in the field of Economics, Polity, Indology and Sanskrit. Debroy translated the unabridged version of Mahabharata, the great Indian epic, into English, becoming only the third person ever to achieve the feat. Debroy’s translation of the Mahabharata was published in a series of 10 volumes amounting to 2.25 million words. He has also translated the Bhagavad Gita, the Harivamsa, the Vedas and the Valmiki Ramayana. He has translated the Bhagavata Purana. He is only the second person to have translated both the Mahabharata and the Valmiki Ramayana, in unabridged form, into English.

January 24, 2020 ● 11:45 am
2020 Vision-The Economy - Bibek Debroy makes his predictions for a new decade. Talk followed by interaction with Rudra Chatterjee