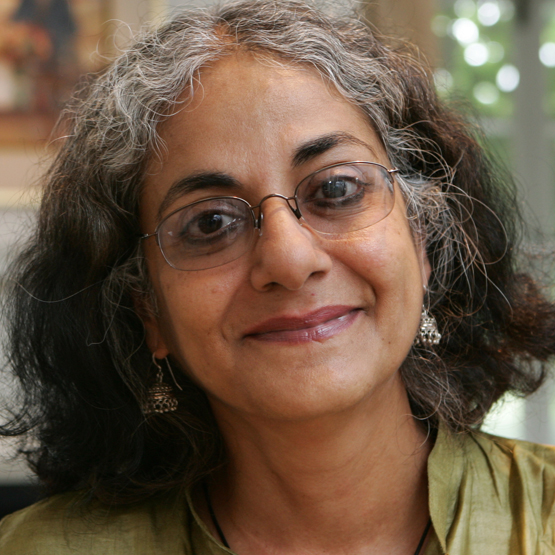 Githa Hariharan is the author of several acclaimed books, including the novels The Thousand Faces of Night (which won the Commonwealth Writers’ Prize for Best First Book), The Ghosts of Vasu Master, When Dreams Travel, In Times of Siege, Fugitive Histories and I Have Become the Tide; the short story collection The Art of Dying; and the collection of essays Almost Home, Cities and Other Places. She has also edited an anthology of translated short fiction, A Southern Harvest, and the collection From India to Palestine: Essays in Solidarity and co- edited Battling for India: A Citizen’s Reader. Hariharan has, over the years, been a cultural commentator through her essays, lectures and activism. In 1995, Hariharan challenged the Hindu Minority and Guardianship Act as discriminatory against women. The case, Githa Hariharan and Another vs. Reserve Bank of India and Another, led to a landmark Supreme Court judgment in 1999 on guardianship.

January 23, 2020 ● 1 pm
Vision 2020-Being Woman - Priya Ramani, Githa Hariharan and Anuradha Kapoor on the roadmap for women in a new decade. In conversation with Monideepa Banerjie

January 24, 2020 ● 5:30 pm
I Have Become the Tide - Githa Hariharan in conversation with Supriya Chaudhuri