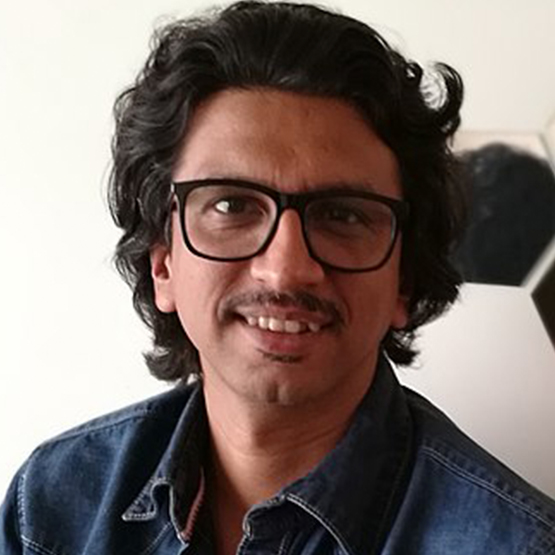 Hitesh Kewalya is a screenwriter who started working as a writer for All India Radio in 1999 at the age of 18. It is this that made him want to take up writing as a career. He went on attain formal training in the field of movies from the National Institute of Design, Ahmedabad. Intrigued by promos and marketing, Hitesh started writing promos for television shows soon after which he was roped in to write for the 2008 television show Miley Jab Hum Tum. He worked on short films, going on to make his debut as a dialogue writer for movies.  Hitesh was associated with the 2009 movie Siddharth: The Prisoner, for which he was also credited as the associate director. With his next venture, he debuted as a lyricist for some songs of the movie Aagey Se Right in the same year. Continuing to pursue his television career, Hitesh was associated with the television shows Humse Hai Life and Iss Pyaar Ko Kya Naam Doon. In 2017, Hitesh was signed to write the screenplay and dialogues of director R S Prasanna’s romantic comedy Shubh Mangal Saavdhan, which is inspired by the director’s debut project Kalyana Samayal Saadham.

January 23, 2020 ● 6:10 pm
Article 15 to Section 377-Movies Are Us - Ayushmann Khurrana and Hitesh Kewalya on their next release together and the actor’s exciting choice of roles. In conversation with Niranjan Iyengar