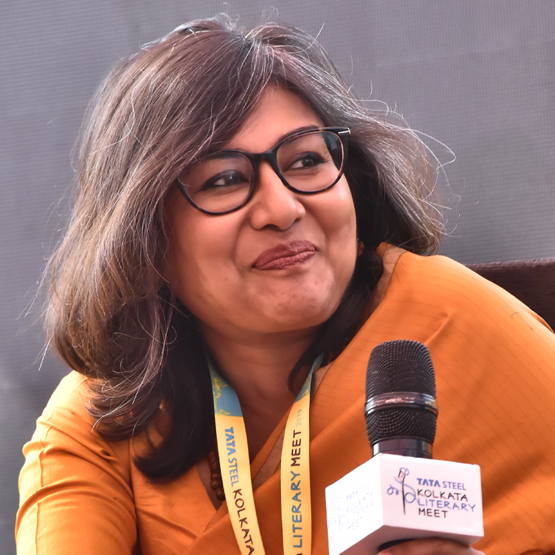 Jash Sen graduated in Statistics, completed her MBA from IIM, Calcutta, worked in the IT industry in Bangalore and the US before opting to teach Mathematics in a London high school. This was when she started writing in her free time in earnest. She began The Wordkeepers Trilogy in December 2010. The Wordkeepers was published in January 2013 and its sequel, Skyserpents, in October 2013. She is currently working on the third and final book of the trilogy – Soul Army. Jash recently translated the early 20th Century Bengali adventure classic, The Yaksha’s Treasure, by Shri Hemendra Kumar Roy.

January 22, 2020 ● 3:30 pm
Sarojini's Mother - Kunal Basu introduces his new novel, and discusses the joy of writing in two languages. In conversation with Jash Sen. Launch of Sarojini’s Mother and Endgame

January 26, 2020 ● 11:15 am
Haunted Hills - Udayan Mukherjee discusses his A Death In The Himalayas with mountain mystery maestro Ruskin Bond. In conversation with Jash Sen