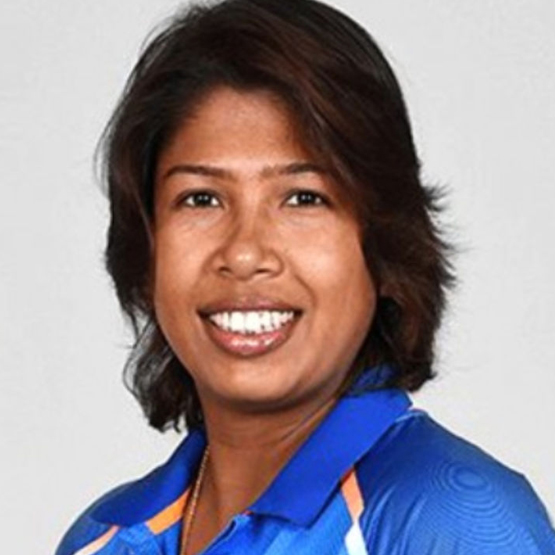 Jhulan Goswami is an all-round cricketer and former captain of India national women’s cricket team. In August 2018, she announced her retirement from WT20Is. An integral part of the team, Goswami is noted for both her batting and bowling (right arm medium) capabilities. She has a Test bowling average of less than 20. In the 2006–07 season she guided the Indian team to its first test series win in England. She won the ICC Women’s Player of the Year 2007 and the M.A. Chidambaram trophy for Best Women Cricketer in 2011. Goswami was ranked first in ICC Women’s ODI bowling rankings (January 2016). Goswami is the leading wicket taker (200) in the history of women’s  ODI cricket. She was also the fastest playing bowler in world women cricket after Cathryn Fitzpatrick retired. Goswami is the highest wicket taker in Women’s One Day International cricket. In February 2018, against South Africa, she became the first bowler to take 200 wickets in WODIs.