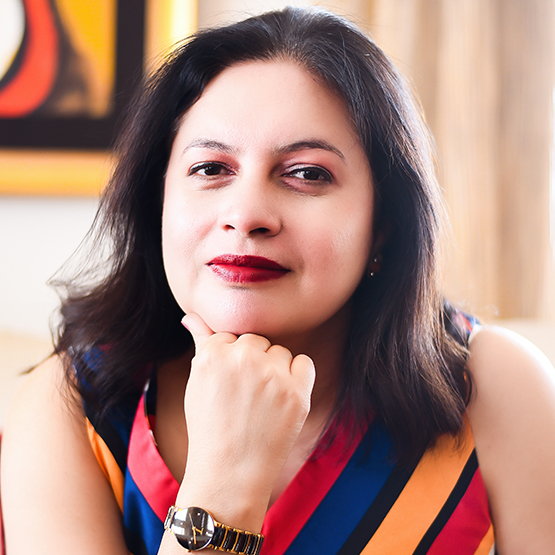 Kanchana has been writing for almost 20 years. She began her writing career with The Statesman (Kolkata) & then worked with TOI (Hyderabad). She has written for numerous reputed publications in the country. She also worked with various MNCs & PR firms as a corporate writer. In 2011 she founded an online company called Writeword and conducted online writing courses to help women learn the art of freelance writing. Nobody’s Child – a dark and twisted thriller is her second book with Harper Collins. Her first novel – A Forgotten Affair – with Harper Collins was published in September 2016. She won the book deal at Bangalore Literature festival, 2014 in a contest called Lit Mart. Kanchana lives in Gurgaon with her husband, son & 2 dogs.

January 22, 2020 ● 5:10 pm
Dark Side of the Mind - Sharmishtha Gooptu, Kanchana Banerjee and Sabarna Roy on how thrillers delve into the darker side. In conversation with Sukanya Das