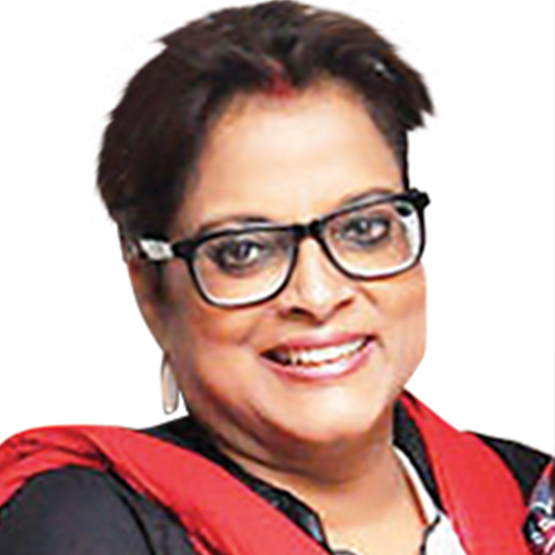 Kheyali Dastidar is an actor, playwright and director. Daughter of well-known actors and playwrights Jochhon and Chandra Dastidar, Kheyali started acting at the age of 10. She has acted in over 25 plays such as Uttar Purush, Karnik, Padya Gadya Probandha and Bhuter Begar. Dastdar is the President of theatre group Charbak. She has written and directed three original plays in Bengali – Kandey keno Behula Sundari, Shironaam and the latest Bheeti o Shubheccha. She is acknowledged as the first star of Bengali television when Tero Parban was broadcast as the first serial in Bengali. She has three published novels to her name. Trained in Italy in dramatics, Dastidar now plays the role of teacher who loves to create and groom actors. She is fully dedicated to acting and writing.