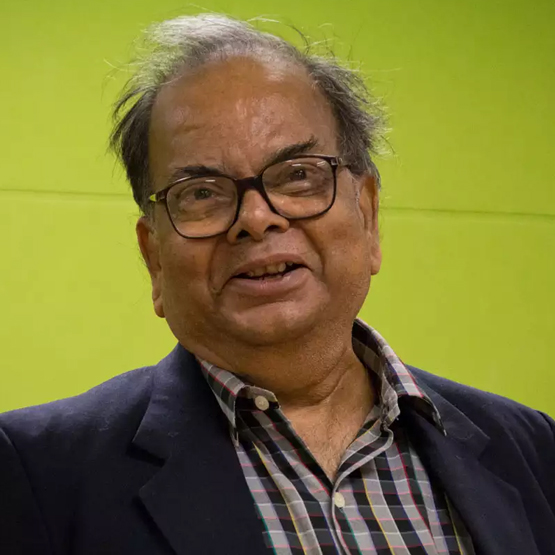 Mani Sankar Mukherjee, popularly known as Sankar, is a prominent writer in Bengali. In addition to his literary efforts, Sankar is regarded as a street food expert and has written two books on this topic. He also is a marketing professional associated with an Indian industrial house. Some of his notable works are Kato Ajanare, Chowringhee, Gharer Madhye Ghar, Nagar Nandini, Simanta Sambad, Sonar Sangsar, Jana Aranya, and Seemabadhya. A few of his works have also been adapted into films by notable Indian directors.