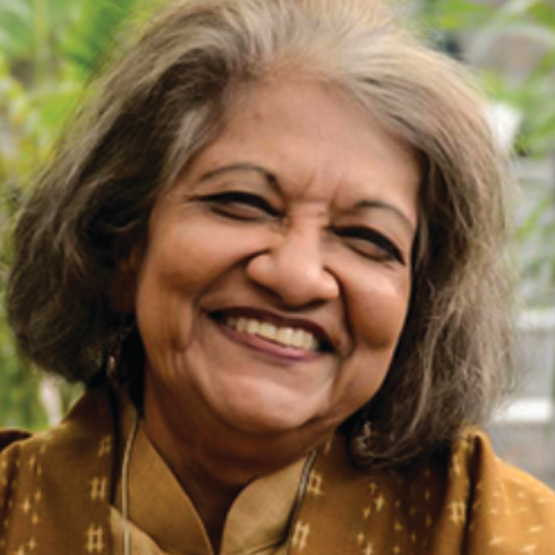 Equally proficient in Hindi and English, MridulaGarg has written in almost every genre in Hindi: novels, plays, essays, a memoir, a travel account and ninety short stories. Her novel, Kathgulab was awarded the Vyas Samman in 2004 and Miljul Mann, the Sahitya Akademi Award in 2013. She received the Hellman-Hammet Grant from The Human Rights Watch, New York, in 2001. Four of her novels, Chittacobra, Anitya, Kathgulab and Main Aur Main, have been translated into several Indian and foreign languages. Her essays have been published by leading journals in Hindi and English, in India and abroad.

January 25, 2020 ● 4:10 pm
Does A Story Choose Its Language? - Mridula Garg on her English novel and writing in two languages. In conversation with Supriya Newar