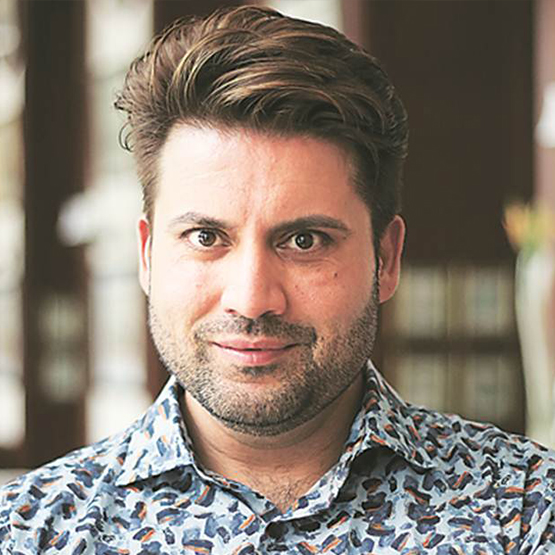 Nemat Sadat is the author of The Carpet Weaver, which was published by Penguin India in June 2019. Sadat’s novel opened to wide critical acclaim in the Indian press and is India’s the most written about debut of the year. The Carpet Weaver has received rave reviews from The Hindu, HT City, Mint Live, Huffington Post, Indian Express, India Today, Financial Express, The Week, Deccan Herald, Scroll.in, Gaysi, and Hindustan Times. Additionally, author profiles of Sadat have been published in The Hindu, India Times, The Indian Express, The Sandip Roy Show, among others. Sadat’s first novel is fueled by what he has witnessed as a journalist and activist. He is the first native from Afghanistan to have publicly come out as gay and campaign for LGBTQIA rights in Muslim communities worldwide. While teaching at the American University of Afghanistan, he secretly mobilised a gay movement off campus but was then persecuted by the Afghan authorities and deemed a national security threat for allegedly subverting Islam. Sadat has previously worked at ABC News’s Nightline, CNN’s Fareed Zakaria GPS and the UN Chronicle, and has earned six university degrees, including graduate degrees from Harvard, Columbia, and Oxford. He is working on his second novel.