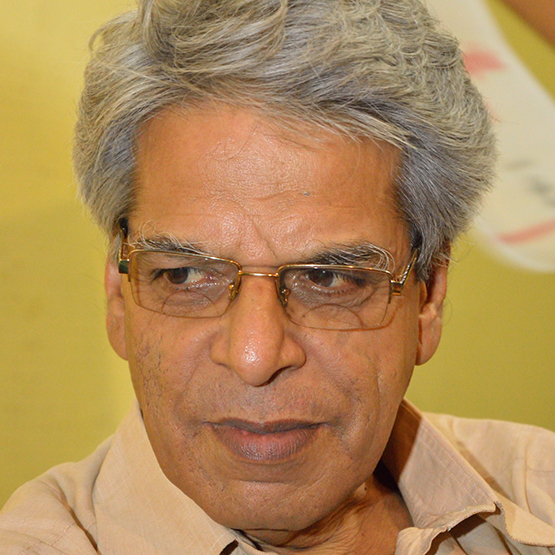 Nrisingha Prasad Bhaduri is a Sanskrit scholar and author, regarded as the leading expert on the Puranas, the Ramayana, the Mahabharata as well as other literary texts written in Sanskrit. He has written prolifically – books, essays as well as papers. After completing his Bachelor’s in Sanskrit from Sanskrit College, Kolkata, he obtained his Masters from Calcutta University. He started teaching Sanskrit at Nabadwip Bidyasagar College and then at Gurudas College, Kolkata. He continued to pursue his interest in the Puranas under the guidance of renowned Sanskrit scholar Dr Sukumari Bhattacharya and received his doctorate from Jadavpur University. Apart from honorary D. Litts from universities both in India and abroad, he was conferred the Sahitya Akademi Award in 2016. In addition to his ongoing researches and prolific contributions to widely read journals, periodicals and papers, he is currently engaged in developing a volume-wise anthology of the entire spectrum of the Puranas.