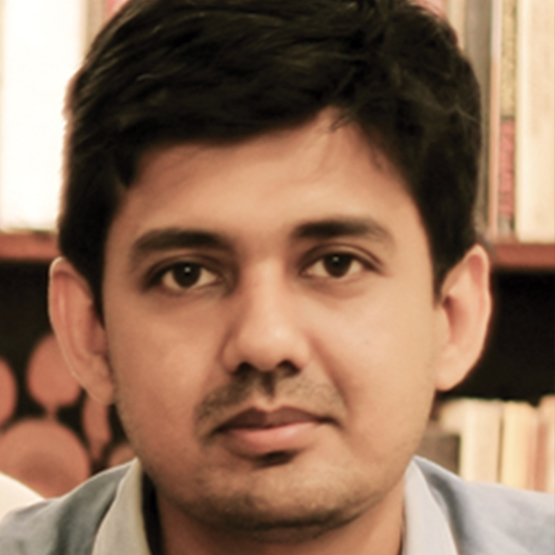 Pinaki De is a multiple award-winning graphic illustrator-designer who regularly works for renowned publishers like Penguin Random House, Harper Collins, Hachette, Routledge, Primus, Oxford University Press, Singapore University Press (NUS), Bloomsbury, Orient Blackswan, Worldview, Pan Picador, Simon and Schuster, Permanent Black, Alchemy, Sage, Roli, Sahitya Academy, Rupa and many others. He has designed almost 500 book covers till date. He is the winner of PublishingNext prize for the best book cover design in India twice in 2017 and 2019. His book cover for “Kalkatta” by Kunal Basu won the prestigious Oxford Bookstore prize for the best cover design in India at Jaipur Literary Fest 2017. His layout design on Satyajit Ray’s archival manuscripts has drawn accolades from all across the globe. A Charles Wallace Trust Fellow, his Ph.D. is on comics theory. Pinaki is one of the editors of the prestigious annual magazine “Longform” (Published from Harper Collins, 2018) which is generally regarded as the first global comics magazine from India. He is the Indian comics advisor of Mangasia, the biggest ever exhibition on Asian Comics curated by Paul Gravett for the Barbican, London. His book length comics on Partition is due next year. Pinaki juggles his creative work with academics as he has a day job as an Associate Professor of Raja Peary Mohan College, Uttarpara.

January 26, 2020 ● 5:50 pm
Manga Mania - Paul Gravett and Pinaki De discuss the dominance of the Japanese comic form among youngsters across the globe.