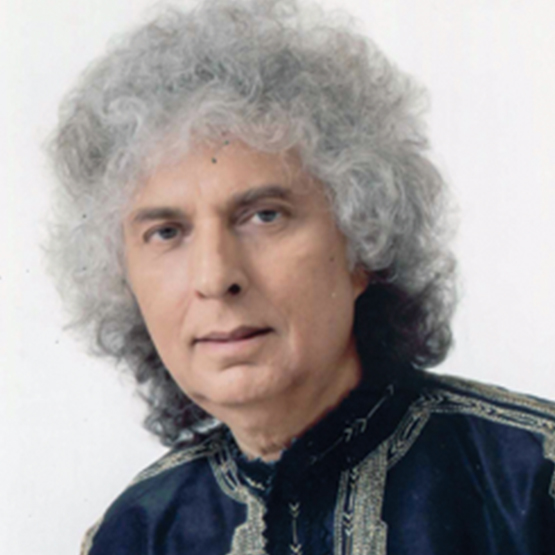 Pandit Shiv Kumar Sharma is a music composer and santoor player. Sharma started learning santoor at the age of thirteen. He gave his first public performance in Bombay in 1955. He is credited with making the santoor a popular classical instrument. He composed the background music for one of the scenes in Shantaram’s Jhanak Jhanak Payal Bajein 1956. He recorded his first solo album in 1960. In 1967, he teamed up with flautist Pandit Hariprasad Chaurasia and guitarist Brij Bhushan Kabra to produce a concept album, Call of the Valley, which turned out to be one of Indian classical music’s greatest hits. He has composed music for many Hindi films in collaboration with Hariprasad Chaurasia starting with Silsila. They came to be known as the Shiv-Hari music duo. Some of the movies they composed music for were big musical hits, such as Faasle, Chandni, Lamhe, and Darr. Pandit Sharma is the recipient of national and international awards, including an honorary citizenship of the city of Baltimore, USA, the Sangeet Natak Akademi Award in 1986, the Padma Shri in 1991, and the Padma Vibhushan in 2001.