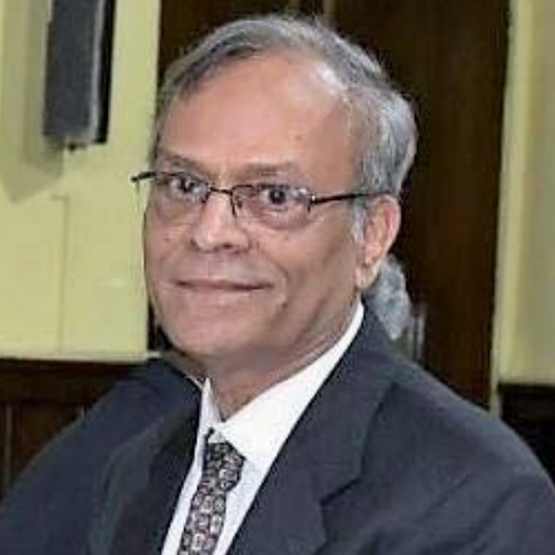 Suprakash C. Roy is a physicist who retired as Professor and Chairman of the Department of Physics at Bose Institute, Kolkata. He obtained his doctoral degree from Calcutta University and did his postdoctoral studies at Yale University and the University of Pittsburgh in the USA. He has held visiting positions at the University of Pittsburgh, USA, Purdue University, USA and University of Calgary, Canada. He was awarded the JSPS Fellowship (senior) to visit Japan, and also visited Argentina as a ‘TWAS-UNESCO Visiting Associate at the Centres of Excellence in the South’ awarded by the Third World Academy of Sciences. He was the Vice-President of the International Radiation Physics Society representing South-East Asia till recently. He acted as the Receiving Editor of two Elsevier journals: Radiation Physics and Chemistry and Applied Radiation and Isotopes for many years. He has more than 100 research publications in reputed international journals and travelled widely to different countries as a part of his profession. In addition to his research papers, his writings on general issues have been published in many journals and periodicals including reputed English dailies. He is currently a member of the National Commission of History of Science, INSA and has been the Editor-in-Chief of the journal Science and Culture since 2004. He has edited a book titled ‘Emerging Science and Culture: Connecting People’ published by the Indian Science News Association and co-authored the following three books with Rajinder Singh: 1) ‘D.M. Bose—A Scientist Incognito’ published by Bose Institute, Kolkata 2) ‘A Jewel Unearthed: Bibha Chowdhuri’ published by Shaker Verlag Aachen. 3) ‘D.M. Bose – His life, science and connection with global elites’, Shaker Publisher Dueren, Germany. Another book on the life of an extra-ordinary woman scientist Purnima Sinha titled “Clay, Craft, Music and Science—Purnima Sinha’s Life” will be published soon.