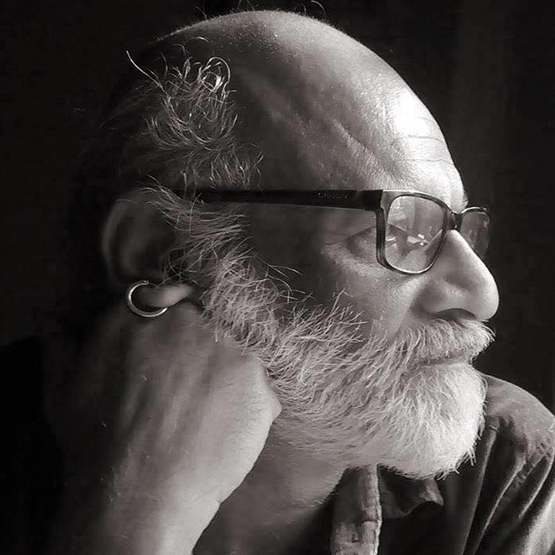 Susmit Bose is a seminal urban folk musician whose songs often deal with social issues, human rights, global peace and non-violence. He has been making music since the 70s and is best known for his albums, Train to Calcutta, Be The Change, Public Issue and Song of Dharma – an hour long musical narration of the Mahabharata in English. He has performed widely in India and abroad. He has also been involved in making documentaries and films on socio-cultural aspects of India and composed music for the film I am Kalam. Of late, Susmit has been actively working to set up open prisons, advocating an inclusive society and conducting music workshops for prisoners in Rajasthan.