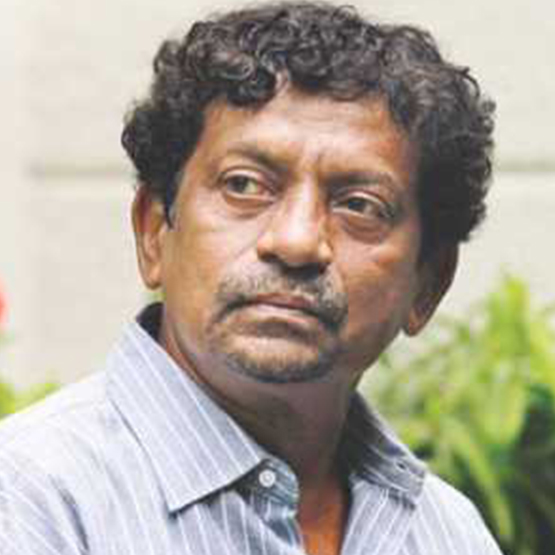 Goutam Ghose is an Indian film director, actor, music director and cinematographer, who works primarily in Bengali cinema. He is the only Indian to have received the “Vittorio De Sica” Award, Italy, in 1997. His films are critically and commercially successful. In 2012, the Government of West Bengal honoured him with the Banga Bibhushan for lifetime achievement. Acknowledging his contributions to film, he was awarded the Knighthood of the Star of the Italian Solidarity in July 2006. He started making documentaries in 1973. Ghose also took active part in the group theatre movement in Calcutta and later dedicated some time as a Photojournalist. He made his first documentary– New Earth in 1973 followed by Hungry Autumn. Since then, he has made a number of feature films and documentaries.

March 26, 2022 ● 8 pm
Samayer Smritimala - Screening of Goutam Ghose’s short film on the pandemic followed by a discussion with the director and Suman Mukhopadhyay (Bangla Session)