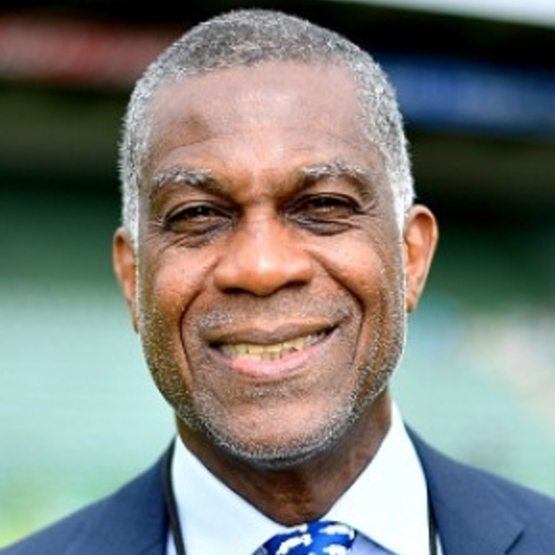 Michael Anthony Holding is a Jamaican former cricketer and commentator who played for the West Indies. Widely regarded as one of the greatest pace bowlers in cricket history, he was nicknamed “Whispering Death” due to his silent, light-footed run up to the bowling crease. He was part of the fearsome West Indian pace bowling battery, together with Andy Roberts, Joel Garner, Colin Croft, Wayne Daniel, Malcolm Marshall and Sylvester Crake, that devastated opposing batting line-ups throughout the world in the late seventies and early eighties. Early in his Test career, in 1976, Holding broke the record for best bowling figures in a Test match by a West Indies bowler, 14 wickets for 149 runs (14/149). The record still stands.