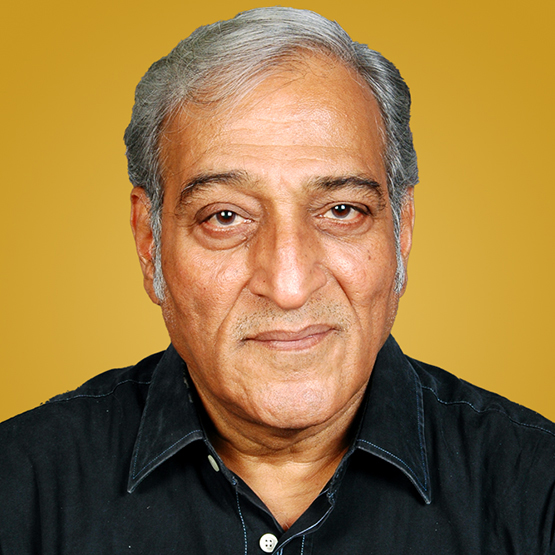 Mohan Agashe is an Indian actor, who has worked in the Marathi and Hindi film industries. He made his debut in Samna, followed by Aakrosh, Mashaal and Rihaee. Agashe then starred in Mississippi Masala and Target. Mohan was awarded the Sangeet Natak Akademi by the Government of India in 1996. He has appeared in films such as Ab Tak Chappan, Jolly LLB, Welcome Zindagi and in Toofan, a sports-drama movie directed by Rakeysh Omprakash Mehra. He has also been a part of OTT series such as Human.

March 25, 2022 ● 6 pm
Girish Karnad’s This Life At Play - Raghu Karnad, Mohan Agashe and Arshia Sattar* on the plays, the films, the writings, the man. In conversation with Debnita Chakravarti (Arshia Sattar will join online)

March 26, 2022 ● 7 pm
Ray’s Way - Mohan Agashe and Samik Bandyopadhyay on the sketches, the preparation and the methods behind Ray’s films . In conversation with Agnijit Sen