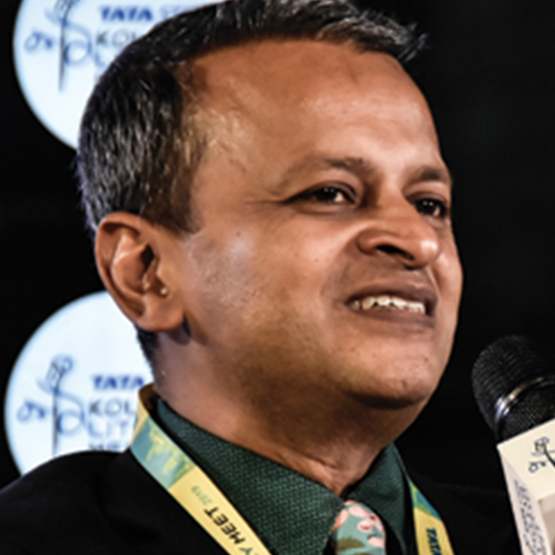 Sandip Roy is a novelist and journalist currently living in Kolkata. His first novel Don’t Let Him Know won the honour title for the Asian Pacific American Literature Awards in the US and the Likho Award in India and was listed for other awards including the DSC Prize for South Asian Literature and the Green Carnation Prize. He hosts the Sandip Roy Show for Audio Express and his audio dispatches air weekly on public radio KALW-FM in San Francisco. He is a columnist for Mint Lounge, The Hindu and The Times of India. His work has appeared in the New York Times, The Guardian, BBC, Firstpost and other outlets and most recently in the anthology Cat People.

March 24, 2022 ● 3.20 pm
Hanste Tader Mana - Anuvab Pal and Cyrus Broacha on laughter and humour as a survival kit in pandemic times. In conversation with Sandip Roy