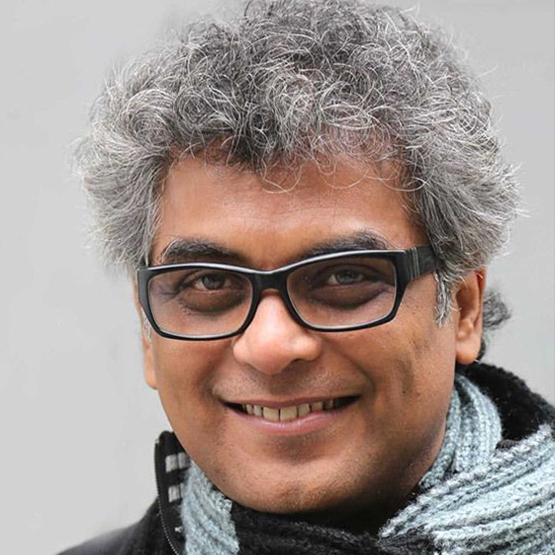 His first cinematic directorial debut film was Herbert which was released in 2005. Herbert won the National Award for Best Bengali film. He is in the post-production of his latest Hindi feature film “Nazarband“. His last film is ‘Asamapta’ (Incomplete), premiered in IFFLA, USA and is on Netflix. Before that “Shesher Kabita” (The Last Poem) with Rahul Bose and Konkona Sen Sharma premiered in Dubai International Film Festival and released on 7 August 2015. ‘Kangal Malsat’ (The War Cry of the Beggars), his 4th feature film released in August 2013. Mahanagar @Kolkata was completed in 2009. The film was screened in Munich, Kerala and New York film festivals. His second film Chaturanga, based on Tagore’s novel, was completed in 2008 and premiered at the Montreal World Film Festival.

March 26, 2022 ● 8 pm
Samayer Smritimala - Screening of Goutam Ghose’s short film on the pandemic followed by a discussion with the director and Suman Mukhopadhyay (Bangla Session)