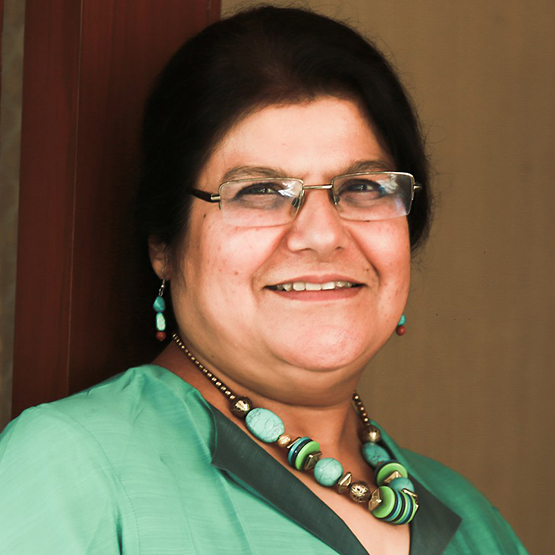 Paro Anand is a Bal Sahitya Puraskar winning author who has written books for children, young adults and adults. She also works with children in schools and NGOs, through her program Literature in Action and holds a world record for helping over three thousand children make the world’s longest newspaper. She has been awarded for her contribution to children’s literature by The Russian Centre for Science and Culture. No Guns at my Son’s Funeral, opened to rave reviews, was on the International Board on Books for Young People Honour List, has been translated into German and French, and is being adapted for cinema. The Little Bird who held the Sky up with his Feet was on the 1001 Books to Read before You Grow Up, an international gold standard of the world’s best books ever. Wingless has been performed nationally and internationally. She has authored Like Smoke, The Other, Nomad’s Land and co-authored Two with OrjanPersson.

January 30, 2021 ● 11AM - 11:45 AM
Being Gandhi - In today's world where differences reign supreme, Paro Anand performs from her novel, Being Gandhi to explore whether it's possible to discover our inner Gandhi